US elections and the winning financial sectors

Uncertainty seems to be one of the principal factors that investors are facing in 2020. Even in the US presidential elections, the uncertainty we are witnessing was unexpected, starting with the polls, which once again proved to be unreliable.
As we write this analysis, Biden's victory in the elections has just materialised, but with a Congress that will necessarily be divided. Trump will continue on his warpath with tales and announcements of appeals to the Supreme Court, but the chances of Trump appealing directly to the Court are very remote.
The scenario that the markets currently like the most, however, seems to be a divided Senate. A divided Senate would in fact make it impracticable to raise taxes and the strict regulation envisaged by Biden and would mean only policies common to both sides would be pursued.
And it is precisely with these policies that we believe we can find the best investment opportunities, which would in any case come out winning this round of elections. The main ones are:

We believe that fiscal stimuli will be an issue that, together with the dynamics of profit growth, will have to be closely monitored by investors as market drivers.
In the graph below you can see that it is estimated that debt as a percentage of GDP will reach 130% by 2030 under either candidate and that, irrespective of the president or the composition of Congress, the real dominant common theme will be the same: an expansive fiscal policy financed by monetary policy.
These stimuli will have a positive effect on the entire stock market and in particular on cyclical stocks.

Infrastructure spending will probably be the theme that comes out as the real winner of the presidential election. The reasons are not only that both candidates foresee this in their programme, but also and above all because the economy needs it.

In the United States, investment in infrastructure in relation to GDP has been at an all-time low for decades. Suffice it to say that Ray Lahood, Transport Secretary in the Obama administration, has defined the United States as “third world” in terms of infrastructure, with a forecast of at least 2 trillion dollars of spending needed by 2025 to fill the infrastructure gap which could otherwise negatively affect GDP by about 4 trillion dollars with 2.5 million jobs lost.

Precisely because of the multiplier effect on GDP characteristic of infrastructure investment, both candidates propose major spending plans, which in the case of Biden will be more focused on the world of decarbonisation and the green economy, with the newly elected president already saying that the United States will return to the Paris climate agreement within days of his term in office.  The sectors that will benefit most from these issues are: industrial, materials, utilities, renewable energy and green energy. 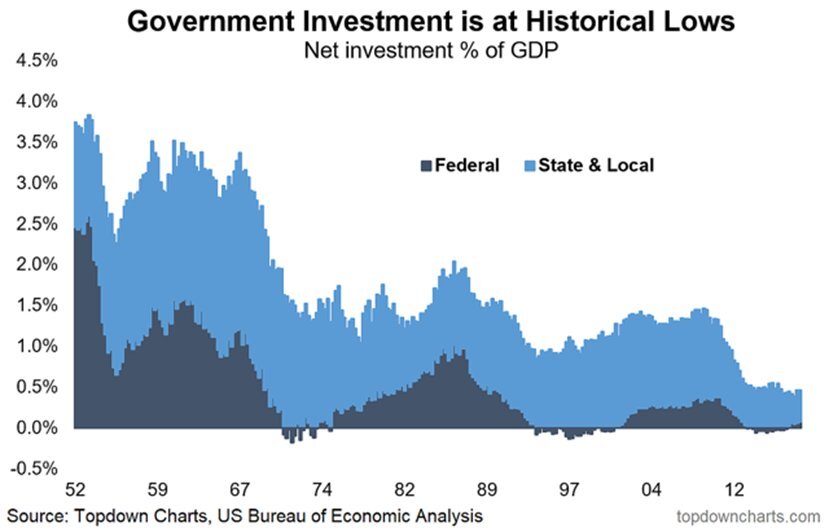 The technological world, or in any case the digital world, today plays a decisive role in the economic and competitive balances of the various world powers and, as can be seen from the graphs below, has driven global GDP growth in recent years. Currently, R&D expenditure in the sector is equivalent to 50% of GDP and technology contributes 40% to the overall profits of the American market. 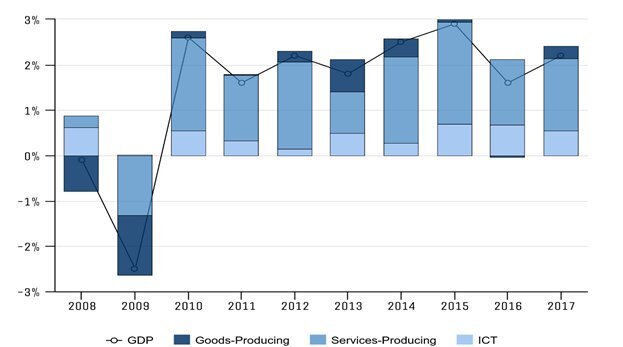 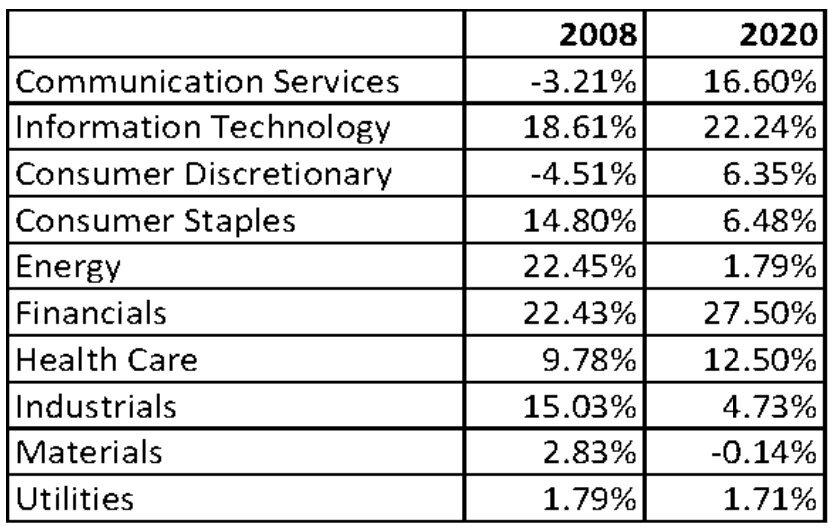 We believe that the sector, in the medium to long term, will continue to be among the most interesting in the market and we do not believe that antitrust interventions in large monopolies are necessarily negative for the sector as a whole. In this scenario, the reference sectors to consider will be cloud services, smart payments, IT security, digital marketing, robotics and semiconductors.

Sustainability policies will become more important globally as investors increasingly press for greater disclosure of ESG practices. The Democrat victory also accelerates these issues and in particular will mark an important step forward for the climate and the environment.
When we talk about ESG we do not have any specific winning sectors, but all sectors or stocks that are sensitive and committed to the principles emerge as such.

Within the market there are some sectors that are winners from the election result, and among the main ones are the industrial sector, the basic materials sector, the technology sector and finally the utilities sector.

All these considerations must finally be put into context in a broader context: the real certainty we have, and history teaches us this, is that politics does not ultimately influence the financial markets that much. At the right time, the market always manages to reward the investor, despite short-term uncertainties and the political leadership in the White House.
In the long term, market performance is virtually the same for both Republican and Democrat presidents, just as US GDP growth follows a steady upward trajectory, irrespective of who is leading the country.
There will therefore be some sectors to prefer to others, but overall, we can say that a result with Biden as president and the Senate divided, is probably the best investors could expect. The markets will now return to focus on changes in earnings growth expectations and fiscal stimuli that will be coordinated with monetary stimuli - elements that will provide the right conditions to continue to support the growth of the stock market.

Health is a priority, even for the portfolio

The danger of “extremes” is around the corner