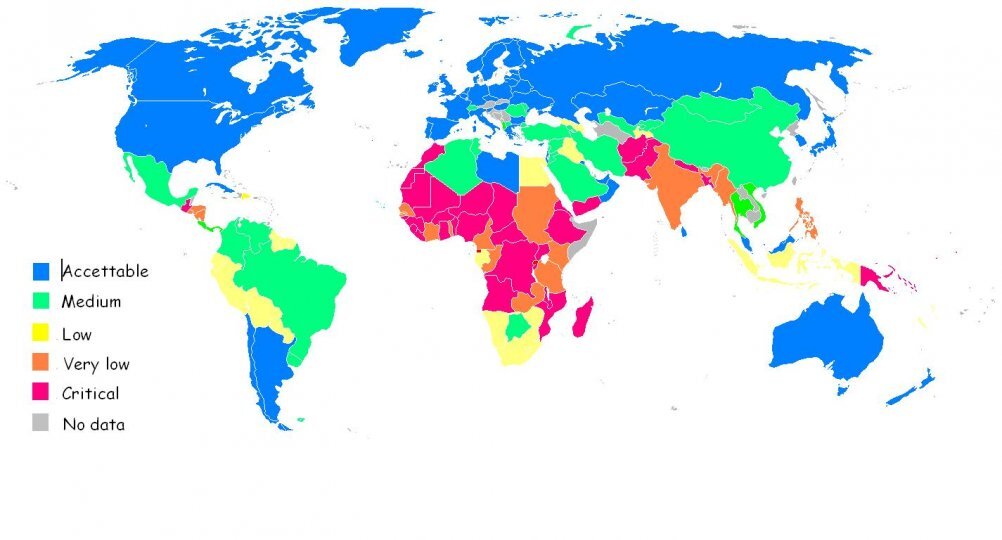 The health crisis that has hit the world since the beginning of the year has spread from East Asia to the developed world, but the countries currently most affected by the virus are Latin America, Middle East and India. There are reasons, however, to be vigilantly optimistic about the outlook for emerging markets, although some of these may be difficult to see right now, due to the devastation caused by the pandemic.

Firstly, however, it is worth remembering that the emerging universe is not homogeneous. For example, while the economies of South and Central America are still struggling with the spread of coronavirus, Eastern countries such as China, Taiwan and South Korea have distinguished by the most pronounced recovery in the world.
Some border areas will pay for the collapse of tourism or the interruption of remittances in currency by their emigrant citizens (for example Sri Lanka), others suffer from the prices of oil and raw materials (Nigeria). Conversely, many countries are in the best condition to start again, favored by more reliable banking system and adequate allocations of currency reserves. The Philippines, for example, has low external debt, good dollar reserves, low deficit and good liquidity in the domestic financial system. Vietnam is also a country that has managed the Covid-19 emergency well enough and has returned to full recovery.
The scenario is therefore in dark and light, since in some countries the disease is still a more serious threat than in others, financially more fragile countries could be forced into debt restructuring. Selectivity in investments will hence be essential.

The first positive factor to emphasize is the rise of megalopolis’ in emerging countries, mostly concentrated in the Asia-Pacific area, with larger cities, as the population and work move from rural areas towards city centers.

The second, closely related to the first, is the growth of middle-class, a direct consequence of the urbanization process, which is changing consumption habits and stimulating the demand for an even wider range of goods and services.

Another great advantage for the growth of emerging economies and markets is the increasingly rapid adoption of innovative technologies; the classic "disruptive" technologies are increasingly popular in emerging societies, thus adapting to digital life faster than in developed markets.

Looking at the more contingent situation, it is clear that the emerging economies benefited from the fact that they were less heavily weighted towards services: 54% against 72% of developed economies. Indeed, services have been particularly affected by measures to safeguard public health, such as social distancing. It should not be forgotten that, especially in the Asian countries, they are more accustomed to handling health emergencies, viruses and other very aggressive influences than in the rest of the world, and consequently, to restarting.
Therefore, while the drop in production reached a minimum of 12% in developed economies, the emerging economies were drawn only by 6%.

Furthermore, political responses to the crisis in emerging economies have generally been appropriate. Prepared countries, such as Thailand, have offered tax support. Overall, the emerging world has faced this crisis in a much less vulnerable way than in 2008, when the global financial crisis occurred. The International Monetary Fund has also provided considerable support, offering flexible credit lines that have allowed countries to take out loans at reasonable rates, without burdensome conditions, helping them to resolve issues in the short term.
Additionally, a number of countries have adopted quantitative easing, which has allowed them to avoid market stops.

Finally, the emerging universe depends on a strong China: however dramatic was the collapse of the Chinese economy during the worst of the crisis, its recovery has been just as strong (the third quarter should end with a positive sign) and it will be further, supported by government measures to stimulate credit growth.
Chinese demand, combined with a weakened dollar, should strengthen commodity prices, which is a positive news for many emerging economies, particularly those dependent on commodity exports. Chinese demand for raw materials is particularly linked to the performance of its residential real estate market, where there are signs of growing strength. As a result, metal prices are expected to rise by around 15-20% over the next 12 months. On closer inspection, even during the lockdown there was a significant drop in imports; indeed, the torn prices of raw materials favored the accumulation of stocks.
Meanwhile, developments in global trade are not as gloomy as some forecasts suggest and the waters are again calm, even on the front of the trade war between Washington and Beijing.

So, the "magic money" of governments and central banks, the restarting of China and the prices of raw materials are factors of stability and support of the emerging economies.

In addition, there is an increasingly rapid economic growth, which is also reflected in the financial markets, as shown by the explosion of the MSCI Emerging Markets index by sector from 2008 to 2019. It is expected that in the next 5 years emerging markets will grow with a about 3 times faster than that of developed markets, with the share of world GDP produced by emerging countries, currently equal to 40.2%, destined to grow further.

Faced with this scenario, with interest rates at a minimum for long term, and once the necessary selectivity has been ensured, bonds and emerging stocks constitute an interesting diversification lever for investment portfolios.
Emerging bonds, such as governmental, supranational (highly rated and low market risk bonds issued by banking institutions governed by several member countries, such as the World Bank, the European Investment Bank and the Inter-American Development Bank) and corporate , if denominated in local currency, make it possible to obtain more than positive returns and coupons, while invested in the best ratings. This is due to the interest rates and inflation at normally positive levels.
As for shares, however, especially in tactical terms, China dominates. In particular, the Dragon today represents the largest market for e-commerce and can boast some of the highest rates of use of fintech services to transfer money, make payments and manage savings and investments. Additionally, China and South Korea are at the forefront of innovation, ranking amongst the top 5 countries for patent applications.

Equity takes-off thanks to the reporting season

Playing the commodity card with semiconductors

There is life beyond growth