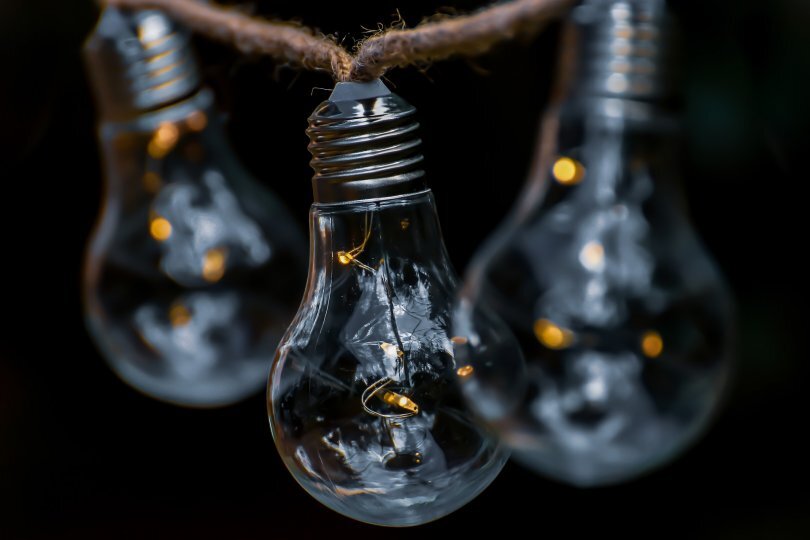 Stock prices​ are falling but profits and dividends keep on growing. A gap between fundamentals and market assessments which leads to good opportunities.

There is a historic and unrepeatable opportunity to seize the market. It’s with utilities, not the traditional ones mainly involved in generation, but with those dealing with transmission and transportation of water, gas and electricity. A niche market which generates profits year by year, that has never stopped distributing dividends and is in a constant growth. However, this year, the sector has been unfairly neglected.
The coronavirus crisis created huge pockets of inefficiency on the markets, with stock market valuations no longer reflecting the goodness of fundamentals. In the months following the announcement of the pandemic a sell-off occurred. While equity found its way up, investors focused mainly on high-quality Growth securities (which among other things founded an excellent side in the emergency measures launched to contain the spread of Covid-19), neglecting the titles where there was real value. And now it’s time to go back to fundamentals, focusing on sectors like regulated utilities.

As part of the management of Pharus Sicav Best Regulated Companies, which is specialized in regulated utilities, Pharus regularly carries out due diligence activities in order to know better the companies in which it invests. And recently, at one of the conferences that the team attended, there was an American company specializing in networks for the transportation of water that, in particular, has caught the attention of the managers: The York Water Company. It is in fact the American company that has the longest history of dividends. It has been paying them continuously for 204 years, with an average growth of 7% both in terms of earnings growth and dividends. And the stock price shows an average annual increase of 12% from 1990 until today.

Hence, the choice of the investment team to conduct a "back testing" of the portfolio of the Best Regulated Companies fund, diversified for 45% in the United States and for the other 55% between Australia, Belgium, Spain, Italy, Canada, United Kingdom and Portugal. The results of the analysis show a constant growth of dividends at 6% per year from 2004 until today, while since 2010 stock prices have grown on average by 14% per year. But the most interesting element comes from the historical comparison between dividends and market valuations, which are almost aligned on an increasing straight line.
This year, instead, a gap has been created, with the dividends that have continued their way to the rise (also the profit per share has grown by 6% in the first trimester and by 10% in the second, against decreases of S&P 500 of 15% and 25% respectively) and the stock prices that have literally collapsed. 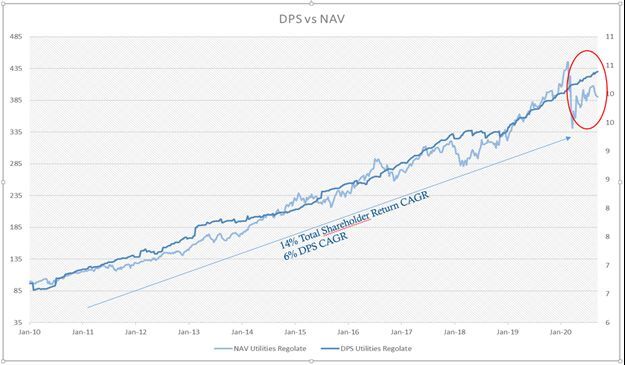 A divergence, very similar to the one that was created with the financial crisis of 2008 and which is not justified in the fundamentals.

And here comes the historical and unrepeatable opportunity. A window that  should not be missed. It is true that since the beginning of the year the Best Regulated Companies (launched in April last year and that at the end of 2019 was already gaining 7.26%) is still negative by 7%, but this figure should not frighten, especially considering that the infrastructural world records have decreased between 15% and 20%. Indeed, we must look at this as at an opportunity to be grasped with the correct time horizon, which for titles characterized by these constant growths, can only be for the long term. Empirical evidence tells us that the securities allocated have all the numbers to be able to recover the lost ground.

The fundamentals are amongst the main drivers of growth, with constantly growing profits and dividends paid. But not only fundamentals. There are two other elements that play in favor of the sector. One of these is the infrastructure theme, which attracts many investments, considering that they need a process of modernization. And then there is the whole trend of energy transition and decarbonization, amongst the main protagonists of an epochal change.

In conclusion, we are sitting on a business that is not only performing, but also sustainable.